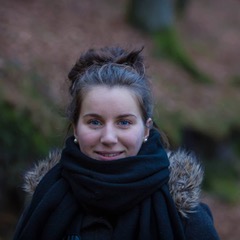 Thesis title: Dynamics of the fish fauna on a danish coastal boulder reef

Boulder reefs are protected to preserve their rich diversity that gives them high ecological quality. In the 1900’s a large part of the marine boulder reefs in Denmark were extracted because of the stone fishing industry. This caused the majority of the boulder reefs to disappear from the marine areas, especially in the coastal area.

The aim of this study was to compare the richness of two fish communities on two artificial boulder reefs in Aarhus Bay. Snorkel visual census (SVC) was used to study fish assemblage on the two reefs from May-September. The importance of boulder reefs for the feeding of different fish species was studied. It was analyzed by gut examinations and stable isotope analysis. The fish samples for these analyses were collected at the two boulder reefs from May-August.

The results of the SVC revealed no differences in assemblage of fish between the two stations. The reefs were dominated by the two-spotted goby (Gobisculus flavescens) and two labrids species, goldsinny wrasse (Ctenolabrus rupestris) and corkwinge wrasse (Symphodus melops). Fluctuations in temperatures or salinity did not affect the abundance of the three dominating species, nor of the Atlantic cod (Gadus morhua). Based on the stomach and stable isotope analysis of nitrogen and carbon, the majority of the food species were benthic. The major prey item appears to be crustaceans for both stations. Only one species, goldsinny wrasse (Ctenolabrus rupestris), ate more bivalves than crustaceans. The food species were often found on vegetation or hard bottom. A few species ((Broadnosed pipefish (Syngnathus typhle), Fifteenspine stickleback (Spinachia spinachia) and the two-spotted goby (Gobiusculus flavescens)) ate a pelagic diet. This study supports that fish species utilize the boulder reefs as a feeding ground but also showed that they are not limited to this habitat.

This study therefore supports that boulder reefs are important to restore. Further investigations are needed to fully understand the ecology of fish species on boulder reefs. Seasonal patterns of the fish assemblage could provide further information about the exploration of the reefs.

View all posts by gronkjaerfishecolab